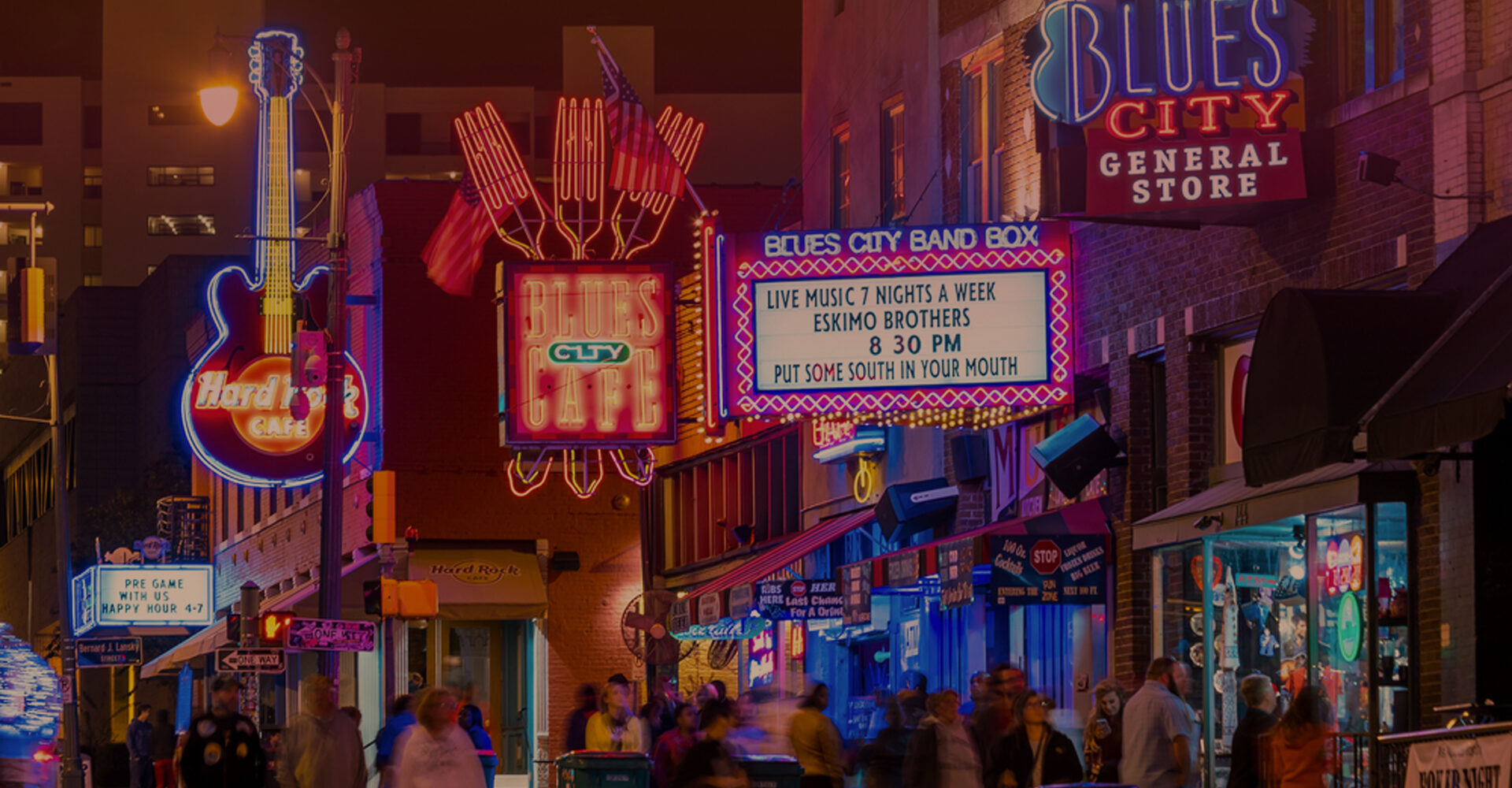 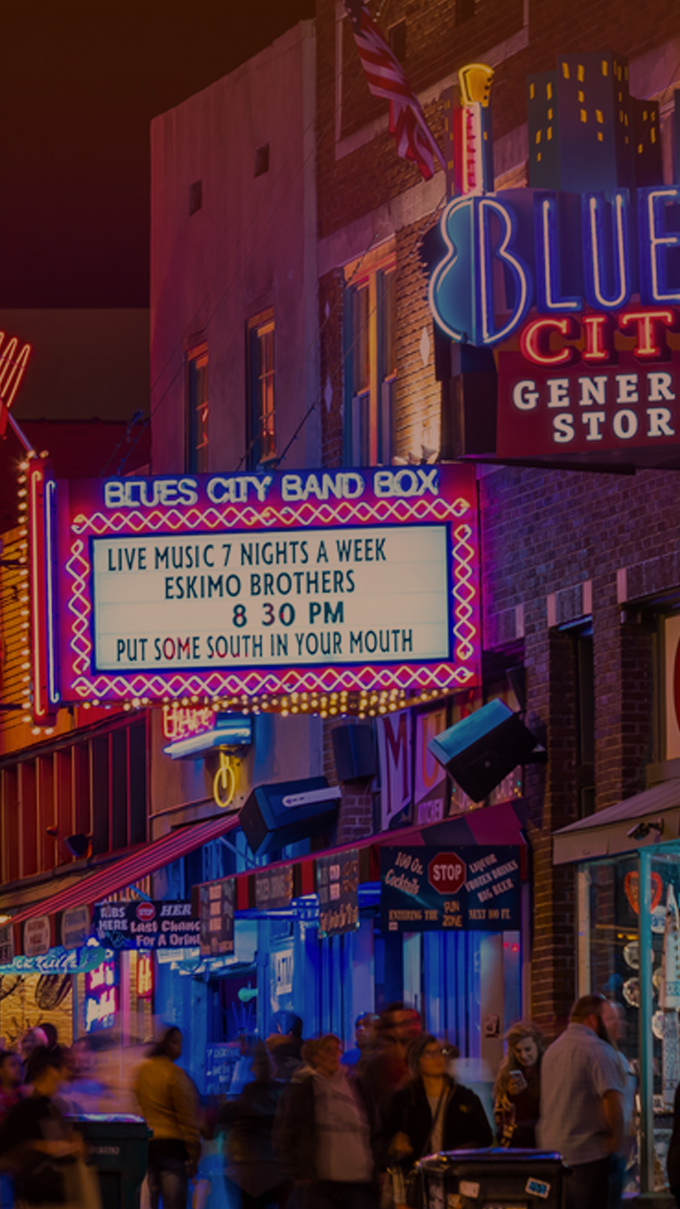 The third stop in the Gumball 3000 Rally is the Music City … Nashville, Tennessee. On May 30, the 100-plus drivers arrive in their supercars ready to ride all-day, party all night before heading to Atlanta the following day. What better place to bring the noise than Music City?

Don’t make the mistake of underestimating Nashville. When you reach the city you’ll realize why some have dubbed it America’s new party town. On Broadway, the Nashville version of the Vegas Strip, you’ll find live music, bachelorettes, and even a Pedal Tavern – where you drink and ride at the same time!

Gumball won’t be bringing a party so much as taking it to another level. Nashville is ready and waiting for the rally on Memorial Day.

Founded in 1779, Nashville is the capital, and most populous, city in Tennessee. You could say it’s the home of country as it houses legendary country venues like the Grand Ole Opry House, the Country Music Hall of Fame and Museum and The District, a downtown neighborhood jam packed with Southern restaurants, honky-tonk bars and other live venues. It’s like the Vegas Strip with a southern twang.

The music scene in Nashville is second to none and, that’s how it earned the nickname ‘Music City’. Overall, it boasts 120 live music venues, an abundance of music festivals and is home to many famous musicians – and with Gumball rolling through, many more. Through the power of music, the city has naturally attracted a young and trendy population.

Alongside the iconic music scene, there are plenty of other incredible parts to Nashville. With the city being located on the Cumberland River, it offers views and scenery that can’t be found anywhere else. Additionally, the city takes great pride in its culinary scene, offering a huge variety of tremendous foods options. Whether you are looking for a fancy restaurant or a quick burger and chips, Nashville has it all.

As mentioned earlier, there are a ton of amazing food options in Nashville; no matter what you are looking for, it’s available. Out of all the delicious options available, there’s one cuisine Nashville specialize in; BBQ. Don’t believe us? Well, Travel + Leisure voted Nashville as the best city for BBQ food in the US. Now that’s impressive. The top-rated BBQ restaurants in the city are: Martin’s Bar-B-Que Joint, Bar-B-Cutie Smokehouse and Smokin’ Thighs.

If you are looking to really indulge in the Gumball 3000 lifestyle completely, then some fine dining is a more suited option. Have a fancy night and enjoy some luxury at some of Nashville’s higher-end restaurants. Fortunately, there’s plenty to choose from in the city, including: Etch, Kayne Prime, Old Hickory Steakhouse and The Southern Steak & Oyster. It’s likely these are where most of this year’s Gumball 3000 drivers will be dining for the Nashville location.

Or maybe you are all about living life in 6th gear… no slowing down, no waiting around for anything. If that’s the case, then you may want to pick something up from a local fast food place! Whether you fancy a greasy pizza, a cheap burger or some quick fried chicken, it’s on the menu.

Gumball 3000 will no doubt be putting on their own parties, shows and events in the city, however, you may to a more local experience. With the combination of hipster vibes, fantastic music and spectacular food, the Nashville nightlife is truly amazing. There’s a wide variety of experiences and venues you can enjoy: live music, rooftop bars and many more magical spots.

Speaking of magic, one of the most popular places during an evening in Nashville is the House of Cards. Located in the basement of the Johnny Cash museum, the House of Cards is home to a restaurant, bar and magic performing area. However, we aren’t talking about a kid’s birthday party with a clown performing tricks type venue. We’re talking smart dress codes. We’re talking the slick type of magic. We’re talking a strict no-photos policy. If there’s one place you will find the Gumball 3000 drivers, it’s here. Whilst magic is a different type of card game, it’s almost as enjoyable as those found at Ignition Casino.

If you are looking for something that offers a traditional Nashville experience, then you must visit the Station Inn. For over 40 years, the Station Inn has been one of the most popular music venues in the whole city. With the live bands inviting members of the audience to the stage, the venue is always full with lively spirits. Be warned, there’s a first come first served basis! So be sure to arrive early to make sure you find yourself a seat!

Fashion plays a large part in the city’s culture and lifestyle with Nashville Fashion Week occurring annually since 2010. Most outfits in Nashville stem from a more traditional American background: country hats, shirts and jeans. Arguably, it couldn’t be any more different to the Gumball 3000 fashion sense… on May 30, Nashville will be flooded with a crowd boasting the most expensive, and flashiest, garms to known to man.

If you are looking to pick up some new outfits whilst in Nashville, then the best place to go is Opry Mills. Not only is it the largest outlet in Nashville, it’s the largest outlet in the whole of Tennessee, boasting 182 stores and a significant amount of restaurants too. However, if you are looking to shop like the Gumball 300 stars, then The Mall at Green Hills is your best bet. Here you will find many high-end designer stores such as Gucci, Louis Vuitton and Brietling.

The Music of Music City

As mentioned previously, Nashville is known across the globe as Music City. This nickname dates all the way back to the 1800s during the time of the Fisk Jubilee Singers from Nashville’s Fisk University. The group were the first musical act in history to complete an around-the-world tour. After performing in front of the Queen of England, Queen Victoria, she described the band as having to have come from ‘Music City’. Since, the nickname stuck and Nashville certainly lived up to the name.

Throughout the years, Nashville became the music centre of the world. Songwriters, including the names like Justin Timberlake, Bon Jovi and Michael Buble, have travelled from across the globe to learn more about the art and record music in the city. There are also a number of famous musicians were born in Nashville too, including George Jones, Tim McGraw and Faith Hill.

If you are looking to really embrace the music culture, there are over 120 live music venues located in the city so there will always be something for you to enjoy! Some of the best venues are: The Station Inn (mentioned earlier), Ryman Auditorium, The Basement and Mercy Lounge.

When the Gumball 3000 hits Music City, the speakers will be blasting, bodies will be dancing and, most of all, it will be one heck of a night to remember! Be prepared for one of the most iconic nights in music history.

As you have gathered, music makes up for a large proportion of the events and activities in Nashville, however, that’s not all the city has to offer. There are plenty of other live events for you to enjoy.

Residents of Nashville are just as passionate about their sports teams as they are for their music. The city is home to a number of professional sports teams such as Nashville SC, Nashville Sounds, and Nashville Predators. And of course, there are also the Tennessee Titans who play at the Nissan Stadium in Nashville. It’s well worth seeing if any of the teams are playing during your trip to Nashville’s Gumball 3000.

Make sure you keep your eyes peeled for upcoming announcements on any Gumball 3000 events that will be taking place in Nashville.

One of the first things you will notice about Nashville is how beautiful the city is. With a vast mixture of gorgeous urban and rural areas, you will come across landscapes and views that can’t be found anywhere else in the world; perfect for your Instagram.

Located alongside the Cumberland River, you will find Riverfront Park; a stunning area created in the 1980s. Whilst it is just a few steps away from Broadway, the park’s atmosphere gives you a refreshing break from reality. Riverfront Park is also well-known for hosting open-air events and concerts too.

If want to embrace the city’s nature to the full extent, then Percy and Edwin Warner parks are the best option. Spanning across 2,700 acres, these parks offer everything will be looking for: beautiful scenery, biking trails, horse trails, picnic areas, nature centers, athletics fields and much more. It’s hard to name a more exquisite location than this.

Putting nature to one side, if there’s one sight we would recommend, it would have to be the Parthenon. Located in Centenniel Park, you will find the full-scale replica of the original Parthenon in Athens. Upon seeing the build, your breath will be taken away due to its beauty and sheer-size. The building has also featured in numerous movies including Percy Jackson and the Lightning Thief.

The next stop is Atlanta on May 31. aka the “Hotlanta.” Be sure to check out every pit stop in the 2022 Gumball 3000 route at Ignition for the other stops on the map, from Toronto to Miami and everywhere in between. Stick around and keep track of the latest Gumball 3000 updates. 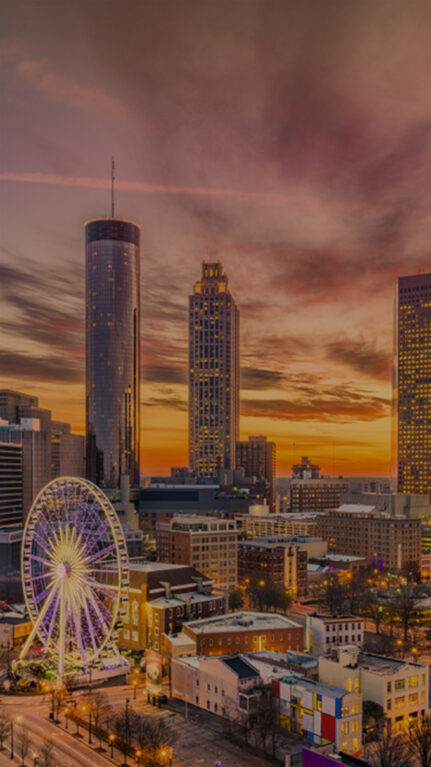 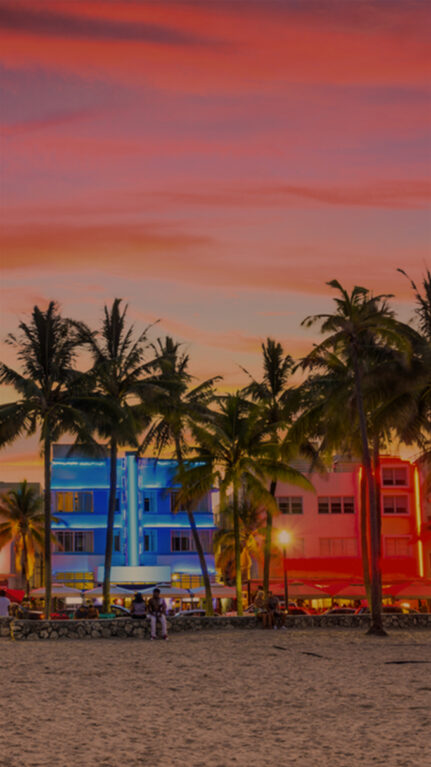